A panel of 43 eminent jurors from across the United States selected the top images from nearly 5,000 total entries at the Gwinnett Technical College in Georgia.
Judged against a standard of excellence, the PPA uses 12 Elements as the “gold standard” to define a merit earning image.    Merits earned are applied to earning the prestigious Master Photographer Degree.

All of these prints are available for purchase at www.kathyweigand.com   Click on ‘The Weigand Collection’ & ‘Photographic Prints’

Here are this year’s winners …

Title:  Colorado Golden Mine
This shot was taken near Ouray Colorado.  It looks like a warm day, but it was freezing cold – in the teens!

I admit I was nervous with this entry.  Since it is such a simple Still Life image reflecting the style of the Old Masters, would it have enough impact for the judges as soon as they first viewed it?   First impressions are so important, and now-a-days, it seems like the vast majority of print competition images are fantasy style images, heavily photoshopped, with deeply saturated colors, and tons of textured layers.  Photoshop brings out the imagination in us artists!

When I first envisioned this series of Still Life’s, I knew that the Old Masters only used natural light, and that is what I wanted to use… no flash, no big studio lights, just the simple sunlight.   I had to get up before dawn and have everything set up, ready for the first rays of light to shine in at that low angle.  If I would have waited until later in the day, the light would be different.  Very little Photoshop was applied.   I love how that one grape in front is less than perfect… but arn’t we all? lol!

Also, this particular image has a special meaning to me… the Italian vase belonged to my Grandmother and I miss her dearly.

I was so excited to learn that it too had scored a Merit!

And…
Title: Storm Over the Homestead

The first time I photographed this amazing scene it was a clear blue sky at sunset… not very interesting for me as a photographer.   So a year or so later, I stopped again at this old Homestead just outside Fredericksburg Texas and this time the clouds were rolling in fast!  Great lighting and drama in the sky!

My kids were in the car, bored, which is normal when I’m out with my camera.  But I was as happy as could be getting this shot with my tripod from the side of the road!

© 2013 Kathy Weigand.
Do not print, duplicate, crop or edit out the logo, or use in anyway without written permission from the photographer. 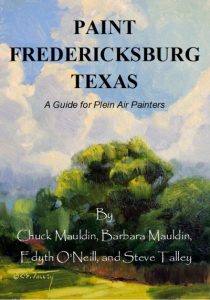 Do not reproduce or create your own prints from our images without first getting written permission from the artists.
All Rights Reserved.